I know this is supposed to be a blog about money management for families. However, because this is MY blog, I will occasionally use it as a platform to speak about things which I strongly believe in. And one thing that I strongly believe in (based on what vast majority of the medical and scientific community believe and have proved) is the importance of vaccinations.

I decided to write about this because yesterday my youngest son had his 12 month doctor visit where he received three vaccines: MMR, Pneumococcal and Hib.

Yesterday I went into the appointment calm and ready, only nervous about the fact that they will hurt a little and wondering if I should buy some extra painkillers on the way home.

But I also look back to almost 6 years ago when my older son was to have these vaccinations and how shit scared I was. It was the time when the whole “MMR causes autism” scare was in full force and I was terrified to vaccinate him. I remember searching online for alternatives, to see if I can get the vaccine as three separate doses and wondering if I should postpone or follow an alternative schedule.

Luckily, his doctor convinced me to get it, arguing that the real risk of him getting meningitis (and ending up with brain damage that would render him similar to someone with severe autism) or other complication from measles is much more likely than him getting autism from the vaccine (which is very true, considering we know now that chance is 0). Being a numbers girl, I like it when someone puts these kinds of things to me in the form of statistics. The fact that the city we were living in was having a measles outbreak at the time sealed the deal. But I do remember being anxious for months afterwards, closely examining him for any signs or symptoms of autism. Wondering, did I just do some terrible damage to my darling little son, who I loved more than anything in the world and whose life it was MY JOB to protect?

When the news broke that the “study”, which was the cornerstone for this real fear that many parents had, was proven not only to be completely false, but also fraudulent, I was both incredibly relieved and incredibly angry. Relieved that I made the right choice but angry for the fear and anxiety it caused me and angry because so many parents did avoid the vaccination because of it.

But what is worse, is that it strengthened the anti-vaccination movement, which to this day refuses to acknowledge this fraudulent study and persists in insisting that “not enough is known” about the side effects (while ignoring the real consequences of not vaccinating, such as DEATH or permanent disability), that it’s “unnatural” (as this blogger so succinctly put it, “You know what’s unnatural? Having almost all children survive infancy”  which they are surviving, thanks in large part to vaccinations) and that its all a big conspiracy by “Big Pharma” to make money.

I was inspired by that same blogger, who is also a mother to a child with autism and wrote on the subject of vaccines, to crunch some numbers to address that last argument (which I hear all the time) and see how much money the big pharmaceutical that makes the MMR makes and how much they would make if they stopped.

The cost of an MMR vaccination (in the US) is $20 for the CDC and $56 for the private sector. I couldn’t find the cost in Canada, since they are covered by our healthcare system, so I decided to take an average of those figures – lets say therefore that the “big pharma” company that makes it sells it for $30 a pop.

But now suppose that we stopped vaccinating our kids. Before the vaccine was introduced in the 1960’s, approximately 300,000 to 400,000 people were getting measles annually in Canada. So, ignoring population growth, lets use the average of 350,000 cases of measles every year that would result (as not just the children born that year would be vulnerable but everyone who isn’t vaccinated).

According to the CDC (Center for Disease Control in the US), approximately 20% of measles patients are hospitalized.

Now consider that the average cost of a hospitalization is $7,000 (based on a week long hospital stay) in Canada (and lets ignore that a measles hospitalization would likely last longer than two weeks).

So $11 million vs $49 million (using an extremely conservative assumption). Which is higher? Obviously, treating illness is much more expensive than preventing it. And I only used the financial impact from measles alone – I didn’t include the instances and effects of mumps and rubella, which the MMR helps to prevent as well, that would occur.

I also didn’t factor in the real financial costs to families and individuals who would be forced to miss work (as measles is contagious and lasts for over 2 weeks) to care for sick family members or to recover, costs of treating the illness at home and cost of the long-term potential consequences. Or the cost of healthcare in general going up so high that our government would be forced to either tax us more or shift a huge chunk of that cost on to us by making us pay ourselves.

But the real cost of stopping vaccinations is the 1.5 per 1,000 or 525 deaths that would occur every year in Canada from measles alone. This is a cost that no parent, no matter how wealthy, can afford and is a cost that even big pharmaceuticals can’t benefit from. 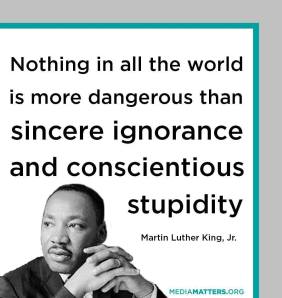 Follow A modern mommy's guide to managing money on WordPress.com
Join 130 other subscribers